To make you understand how web scraping tool works let's talk about apples first... Imagine you have an apple orchard with thousands of trees in it and you need to start fruit picking. 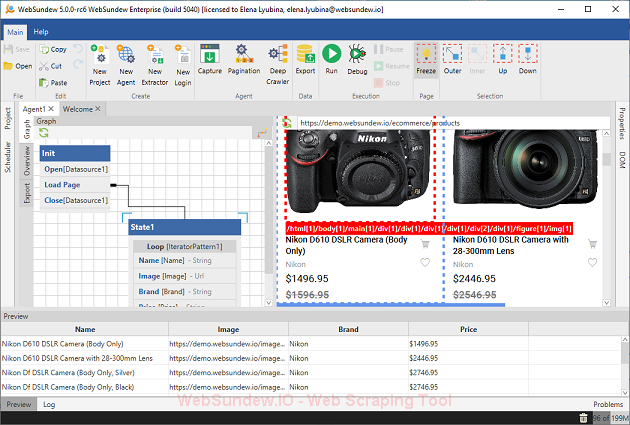 You need to pick all the apples from uncountable number of trees and put green apples into one box, yellow apples to another one and red apples to some other box. Imagine how much time and effort it is going to take. Do you think one year is enough for you? Of course, there's some other way - you can hire workers with the expensive labor costs, it will save your time, but your money is going to fly away. The only effective and reasonable way of picking apples now is buying a robot that can replace humans for this kind of monotonous work.

Why are we talking about apples? We are doing that to draw an analogy. Web scraping is just like fruit picking - you need to do much, fast, and grade the results. Web scraping tool is a software product that is used like an automated fruit picking machine which is there to rescue you. Internet orchards are full of information which is used by millions of users to make their business successful. WebSundew web scraping tool in its turn is one of the best and superior example of how computer science and Internet technology can help ordinary Internet user to achieve success in such an undertaking as downloading thousands of entries of necessary information to his personal computer.

We are a company that has been working in the field of data extraction since 2005. We develop actual up-to-date software and offer services that help users access, analyze and use any web data.